Live music is making a triumphant return to the United States in the summer of 2021. Here are a few of the stages we can’t wait to see live music return to.

After a long year of venue closures and live-streams instead of in-person shows, live music is making a triumphant return to the United States in the summer of 2021.

While we can’t possibly name every venue we’re excited to visit again, here are a few of the stages we can’t wait to see live music return to.

Located in the heart of one of Seattle’s liveliest neighborhoods, The Tractor Tavern has hosted local and national touring acts blocks from Salmon Bay since 1994. Don’t let its country theme and decor fool you—you don’t have to rock cowboy boots and a Stetson to feel welcome in this venue. The residents of the Ballard and nearby north Seattle neighborhoods boast eclectic tastes in music, and the Tractor Tavern books everything from Americana to electronic acts.

Located in the heart of Williamsburg, The Brooklyn Bowl (which also has locations in Nashville and Las Vegas) is a multi-lane bowling alley and restaurant by day and a music venue by night. And by “restaurant” we don’t mean reheated frozen pizza; the Brooklyn Bowl has a diverse and delicious menu that has something for everyone.

The Recently renovated Rubber Gloves in Denton, TX is known for being one of the college town’s top music venues as well as a rehearsal studio. It has indoor and outdoor performance spaces and plenty of lounging room so chatty attendees can catch up with their friends without bothering the audience that came to hear you do what you do best.

If you’ve seen Purple Rain, you’re already familiar with Minneapolis’ most famous venue, First Avenue. Bands from around the world dream of playing First Avenue, but don’t sleep on its sister venue, 7th Street Entry. It’s a great, lively club that sometimes offers all-ages matinee shows followed by a 21+ set. In a world of 18+ or 21+ venues, offering those matinees is a great way to ensure all your fans get to see you perform, no matter their age.

Pabst, as in Pabst Blue Ribbon? That’s exactly right. Though having the name “PBR” might conjure images of a dive bar with chicken wire at the front of the stage, the Pabst Theatre couldn’t be farther from that aesthetic. Instead, The Pabst Theatre (part of the Pabst Theatre Group which also includes Riverside and Turner Hall) is in the heart of Milwaukee’s theater district and features a truly stunning European opera house backdrop.

If you’re familiar with the Pacific Northwest, you’re likely familiar with McMenamins, a family-owned chain of restaurants, bars, hotels and more, many of which formerly housed everything from schools to members-only societies. Based in Portland, OR, McMenamins recently purchased a building built in 1916 that had formerly hosted an Elk’s Temple. Now, it boasts a beautiful ballroom venue with a world-class bar and a truly luxurious and spacious green room.

A post shared by The Southgate House Revival (@sghrevival)

One of the best venues in Cincinnati is south of the Ohio river. The original Southgate House was a 200 year-old mansion with multiple stages that hosted everyone from Sharon Jones to Guided by Voices over the course of 44 years. Recently, a family split birthed the Southgate House Revival, housed in a converted 150+ year-old church. Though the location has changed, the atmosphere remains the same and SGHR remains one of the top spots in the Cincinnati area for music lovers to catch live shows.

This legendary trio of venues just south of downtown Nashville is a cannery (thus the name) turned series of clubs. First we have the Cannery Ballroom, their biggest room, followed by the Mercy Lounge and the High Watt respectively. Despite the proximity of the three venues to each other, it’s rare for the sound from one show to bleed into the others.

From The Bottom of the Hill to the world-famous Fillmore, San Francisco has more than its fair share of stellar venues. But we’re most excited to get back to The Golden City’s oldest nightclub—The Great American Music Hall. Originally opened in 1907 and revitalized in 1988 by legendary R&B artist Boz Scaggs, GAMH has great sound and downright elegant decor. One of its more charming features is the ability to order food and drinks to be delivered to your spot during live shows, which is a great bonus when you’re dancing up an appetite.

After seeing how other venues mistreated their artists, Rock’n’Roll Hall of Famer Lou Adler and Elmer Valentine (alongside original partners, David Geffen, Elliot Roberts and Peter Asher) opened The Roxy Theatre on the Sunset Strip in 1973. Now run by Adler’s son, Nic, The Roxy continues to be one of the most beloved (and environmentally friendly) venues in Los Angeles. 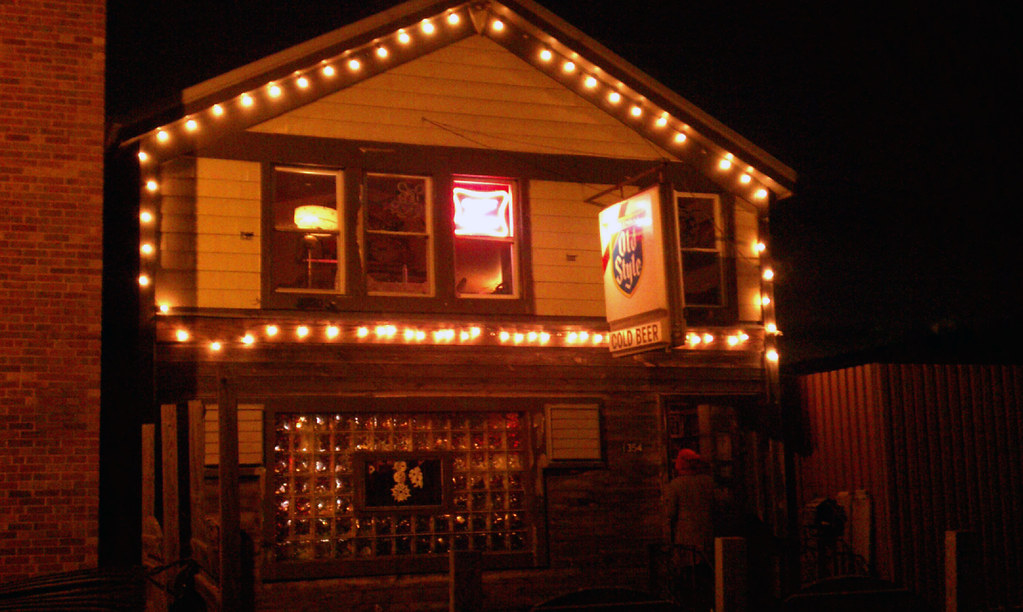 Rome wasn’t built in a day, but The Hideout was built in just two. Originally run by “undocumented bootleggers and gin runners,” The Hideout has been in (legal) operation since 1934. While some of the venues on this list boast beautiful architecture, The Hideout is an unfussy but fun club in one of Chicago’s industrial districts. It’s hosted countless bands’ first shows and has seen legends from Jack White to Billy Corgan take the stage. And it has the best venue “About Us” page we’ve ever read.

Did we miss your favorite venue? Let us know where you plan on playing or catching your next show on Twitter or Instagram!